The Google integrations embedded in my Android phones always made me feel uncomfortable, and getting Google out of my phone always seemed to me like the holy grail of mobile.

Although I’d wanted to do it for a long time, until I came across GrapheneOS it was always too hard and involved sacrificing too much functionality.

GrapheneOS is the first solution I’ve found for the Google problem that feels robust, polished and complete.

It describes itself as “an open source privacy and security focused mobile OS with Android app compatibility”. My understanding of mobile operating systems is not very sophisticated though, so I just think of it as Android with the Google creepiness removed and extra security added in.

This is a step-by-step guide to setting up a Pixel 3a with it. We’ll take a fresh GrapheneOS installation – which is intentionally bare-bones – and turn it into an elegant device which has all the functionality you need for daily use and yet doesn’t compromise on privacy and security.

This is what we’ll start with:

We’ll install and set up apps which provide functionality including:

We’ll also tweak some system settings to make make the phone nicer to use.

Sooner or later we all drop our phone or carry it in the same pocket as our keys. Protect it with a case and screen protector and it will last longer and stay in better condition.

This is a non-technical but important part of setting up a phone. Don’t put it off for later or it may never happen.

For the Pixel 3a, I can recommend the Spigen Tough Armor case and the Spigen GLAS.tR SLIM screen protector. They’re not cheap, but the’re good quality. I fitted mine more than six months ago and they continue to impress me.

I’m not going to go into any detail about how to install GrapheneOS. The GrapheneOS installation guide explains the process well, so follow it and come back here when you’re done.

Once you’ve finished installing GrapheneOS, keep your phone connected to your computer because we’ll be using adb at different times throughout the setup process. This will require you to have USB debugging toggled to on in Settings > System > Advanced > Developer options.

Vanadium is the browser bundled with GrapheneOS.

We want to make sure it can install apps, and set its default search engine.

F-Droid is a catalogue of free open-source (FOSS) Android apps. It’s like the Google Play Store, but all the apps it contains are FOSS. There are a lot of excellent apps in there – more than I realised before I started using it.

You’ll need F-Droid to install apps later in this guide, and you’ll also need it over time to find and install apps as the need for them arises.

Decision 1: Will you use a VPN?

As you set up your phone, there are a few important decisions to make. When we reach each one I’ll flag it and explain what you might want to consider. Whether to use a VPN is your first decision.

GrapheneOS will work just fine without a VPN, but in light of this I can’t imagine not using one.

I recommend in the strongest possible terms that you use a VPN and set it to be always-on so that 100% of your internet traffic runs through it.

Decision 2: Which VPN will you use?

The well-regarded PrivacyTools recommends three VPN services and provides a useful summary of what each one offers. All three have no-logging policies, meaning that they undertake not to record your traffic as it goes into and out of their servers.

I use Mullvad, partly because it’s one of PrivacyTools recommendations and partly because Mozilla chose them to power Mozilla VPN, which seems like a meaningful stamp of approval.

I find the Mullvad service to be stable and fast. I can recommend it.

A VPN alternative you may come across is the Orbot app. It sends traffic through the Tor network, so it doesn’t require you to trust that your VPN truly isn’t keeping logs. I really love the concept of Orbot, but because it uses Tor it slows down browsing to such a frustrating degree that I don’t use it and I don’t recommend it for users who don’t have specific and uncommon privacy needs.

Install the app of your VPN service – for me that’s Mullvad VPN – via F-Droid, and set it to be always-on.

Alternatively you can install the WireGuard app or OpenVPN for Android app and load your VPN configurations into them. To me though, that approach is clunkier than it needs to be. Considering that you’re trusting your VPN service with all of your internet traffic, I think it’s reasonable and much more convenient to trust their FOSS app to seamlessly manage your VPN connection.

Decision 3: How will you block ads?

You can block ads by either:

Neither option is perfect, and each has different drawbacks.

You can set Private DNS to something like dns.adguard.com as described in the system-wide ad-blocking section of the GrapheneOS FAQ.

This will stop ads appearing in your browser(s) and apps. It’s easy and very effective.

The problem with this approach is that the DNS resolver, for example AdGuard, will see every URL your browser and apps try to connect to. This means one more organisation having visibility into your internet use.

To be worth using, I think an ad-blocking DNS resolver would need to be run on a commercial scale, have a robust no-logging policy and be located outside the Five Eyes. None of the DNS resolvers listed by PrivacyTools ticks all these boxes.

Even if you use a VPN, setting a Private DNS will cause all DNS resolution to happen outside the VPN, leaking that information.

The advice from the custom DNS resolvers section of the GrapehenOS FAQ is “If you’re using a VPN, you should consider using the standard DNS service provided by the VPN service to avoid standing out from other users.”

I use a VPN, and I recommend you do, so to me all of this adds up to a convincing argument not to use an ad-blocking DNS resolver.

My preferred option is to use an ad-blocking browser.

This has the advantage of allowing your DNS resolution to happen through your VPN (if you use one, and you should), so you’re not leaking your DNS queries.

The problem with it, however, is that it doesn’t block ads in your apps. I find that this isn’t a problem in practice though, because I don’t use any apps which have ads.

You can skip this step if you’ve decided to use a DNS resolver for ad-blocking.

Bromite is a Chromium browser modified with ad-blocking and extra privacy features.

We’ll use it as our default browser.

Signal is a secure messaging app which can seamlessly manage all your messaging, both encrypted messages and conventional texts. It can also make encrypted voice calls.

We’ll use it as a drop-in replacement for the default Messaging app.

You can skip this step if you don’t have Signal messages that you want to transfer from your old phone.

If you’re already a Signal user and want to transfer your existing Signal messages to this phone, you first need to make a Signal backup following their instructions, then continue on.

Here’s how I copied the Signal backup directory from my old phone to my computer:

Then, from the same directory as the previous command, this copied it onto the Pixel 3a:

Tor Browser is a browser which uses onion routing.

This is the gold standard for private web browsing.

OsmAnd~ is an offline maps and navigation app.

Rather than installing a weather app, we’ll go straight to the source and keep it simple by adding a shortcut to the relevant weather service to the home screen.

Some apps which are bundled with GrapeheneOS are unlikely to be used often, so we’ll remove them from the App Drawer to keep it as uncluttered as possible.

One is Auditor which verifies the integrity of the operating system.

Others are Calendar, Gallery and PDF Viewer, because in the next step we’ll install alternatives to each of them which have more functionality.

Step 15: Install other apps from F-Droid

Search for each one by name in F-Droid, then install it.

After you install each app, open it and approve the permissions it requests.

I find that these modifications to the default settings make the phone feel more natural and more pleasant to use.

The file I use is a 1 pixel by 1 pixel black image called black.png.

Download the black image file from the link above, then cd into the directory you saved it to.

Copy it to the phone with:

Step 20: Set up your home screen

Seedvault is an encrypted backup app which is bundled with GrapheneOS.

For this step, you’ll need a USB flash drive (with a USB-C adapter) which will be the target for the backup. Ideally it will be at least the same size as your phone’s storage, which for a Pixel 3a is 64GB.

The data which Seedvault backs up doesn’t include your phone’s shared storage, and backups for that will be handled in the next step.

I recommend backing it up to a second flash drive which is fully encrypted.

It may not be necessary to do this right now, as you’ve just set your phone up and the amount of data in shared storage is probably minimal. This is a procedure you should carry out regularly from now on though.

I had wanted to be able to recommend a way to back up shared storage directly from the phone into an encrypted container on the same flash drive we used for the Seedvault backup in the step above. I experimented with using the EDS Lite app to do that, but couldn’t find a way that was simple and robust, so I think the method I’ve recommended is the best for most people.

You don’t need to have USB debugging switched on any more, so it makes sense to turn it off now.

Do you really need an email app?

This guide doesn’t mention installing an email app because I don’t think it’s something that should be done without careful thought.

Many peoples' email contains a lot of information about them. It can also be used to reset important passwords.

If you lose possession of your phone while it’s unlocked, which is entirely possible given that it’s a device you use in one hand in public places, your email app will be available to the person who finds or takes it.

I’m not saying you shouldn’t install an email app, but I am saying that unless there is a compelling reason for you to have access to email on your phone, consider not installing one.

Try out other apps too

Many non-FOSS apps with Play Services dependencies can be installed from Aurora Store and will often work with more functionality than you might expect.

If you’re not sure about an app, just try it. You might be pleasantly surprised.

I’m thoroughly enjoying the de-Googlified GrapheneOS experience. I’ve been using it for the best part of six months now, and I can’t fault it in any way at all.

I really do feel like at long last I’ve found the holy grail of mobile.

Previous  ·  Beyond making it pink, beyond girls can do science
Next  ·  Using Google Camera on GrapheneOS 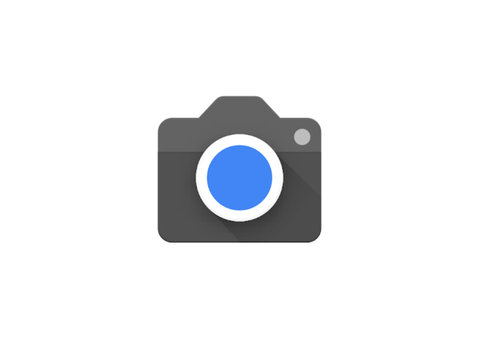 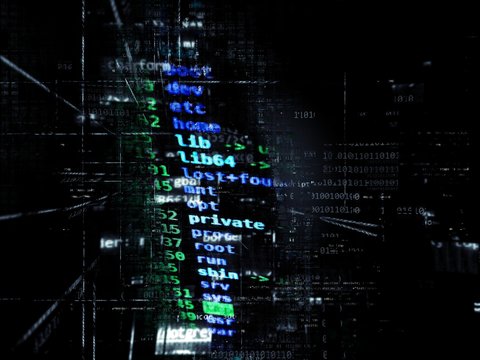 What I Know About You

What can developers and owners see when you use their software? 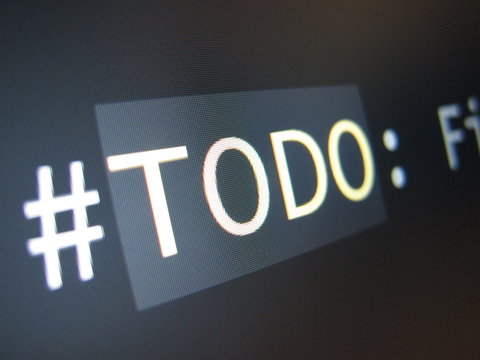